Overview
Programme
About the Performers
This event is in the past. It was held on the 12th June 2022.

Expect the unexpected with Archway Mountain Lightnin' Boys, a North London based bluegrass band with an eclectic repertoire.

Their songs extend beyond the traditional bluegrass genre to include folk, indie and rock influences, as well as the occasional renaissance madrigal recast in a bluegrass idiom. With their first public performance in 2014, Archway Mountain Lightnin' Boys plays regularly in pubs and at festivals. The band is also well known for pop-up concerts in Waterlow Park and Pond Square.

Join us on the Lauderdale House Tea Lawn between 5.30pm and 7pm for some early evening free music!

Prior to doing his PhD and teaching Information Studies as a professor at UCL, Doc spent the early part of his career managing a punk rock band in London. He has infused punk and indie tunes, and their related angst, to the band’s eclectic, and certainly non-traditional repertoire.

Crispin is an architect and an actively (too actively?) practicing grandfather. While bluegrass is relatively new to Crispin, his musical background is in Irish music, where he plays in regular pub sessions in London. He also really likes Ry Cooder and digging around in allotments.

George is the band’s token American (one is enough), having grown up in Georgia. He has had a long career in international finance and currently writes about and teaches corporate governance and sustainable investment in business schools and as executive education. In addition to playing the banjo, George also sings in London based Orlando Chamber Choir, focusing on a cappella Renaissance sacred and secular vocal music.

Maurice is former CEO of the Refugee Council, and has been awarded an honorary doctorate by the University of Edinburgh. He is a talented vocalist and accomplished choral singer, and currently sings with the acclaimed London chamber choir, Londinium. He also has a house full of guitars, a Leonid Brezhnev memento and has compiled an impressive collection of books about Twentieth Century British composers.

Ned is also an architect, as well as a keen sailor, spending much of his weekends on his boat on the briny on the East Coast.  Ned’s core grounding is in the blues, which distinctly flavours the band’s sound and gives us longer notes to contrast with the banjo and mandolin. Ned wants it known that the little metal box he carries with him to our gigs does not contain cash or contraband. It contains a bunch of harmonicas, one for most keys, Blues Brothers style.

Richard is a partner in a City law firm, where he specialises in corporate and financial disputes and intellectual property. He is a multi-instrumentalist, also playing guitar and keyboard, as well as a six-string banjo, tuned like a guitar, that should not exist.  When not playing with the Lightnin’ Boys or profiteering from the disputes of others, Richard can often be found with his ‘other’ band, Rangoon, the blues, jazz, rock, folk group that plays prolifically throughout London. 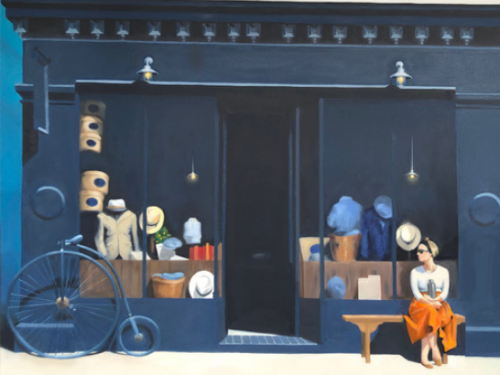 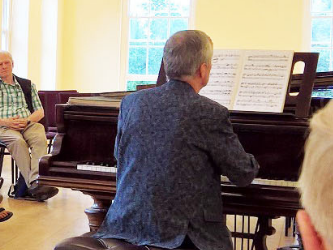