Lauderdale House was built in 1582 for two wealthy members of a radical religious community. During a time of religious turmoil, Richard and Dorcas Martin trod a fine line. They supported Queen Elizabeth I in public, while undermining her in private.

An investment for radical thinkers
Banned books
A house built with Spanish gold? 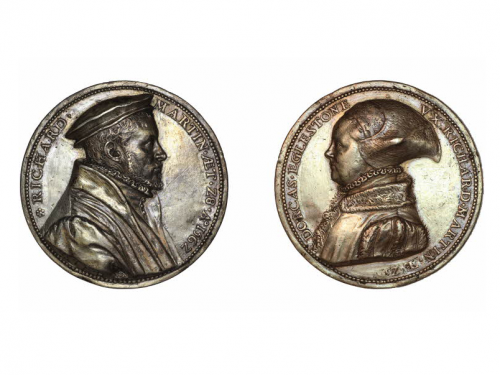 An investment for radical thinkers

Lauderdale House was built in 1582 for two wealthy members of a radical religious community. During a time of religious turmoil, Richard and Dorcas Martin trod a fine line. They supported Queen Elizabeth I in public, while undermining her in private.

Dorcas and Elizabeth both contributed to a popular book of religious writings, which published the same year Lauderdale House was built. However, the two women’s beliefs clashed. So much so that Dorcas risked going to jail – or worse – when she secretly published an author who challenged the Queen.

Richard shared his wife’s views, even while he worked as Elizabeth’s personal goldsmith and Master of the Royal Mint. Plus, he helped fund an ambitious naval expedition launched at Elizabeth’s specific request.

Dorcas Martin was a well-educated woman. She used her talent for writing and translating, and the influence of her husband, to promote the cause of the Puritans, a group of protestants who conformed strictly to the Bible.

Protestantism was the official religion of England at the time, but Queen Elizabeth I allowed some Catholic traditions to continue. The Puritans wanted to rid England of all traces of Catholicism and campaigned for Elizabeth to change her policies.

When Dorcas anonymously printed and sold a pamphlet calling for changes in how the Church was governed, Elizabeth saw it as a challenge. She banned the publication and threatened anyone involved in selling it with imprisonment or ‘the further displeasure of the Queen’. Even so, Dorcas and her husband are thought to have hidden the author of the pamphlet in their home, enabling him to escape arrest.

A house built with Spanish gold?

As goldsmith to the Queen and Master of the Royal Mint, Richard Martin wouldn’t have struggled for money, but two years before Lauderdale House was built he received a welcome windfall.

In 1577 Richard helped pay for Francis Drake’s trip around the world. Throughout the voyage, the English sailor plundered Spanish ports. He returned in 1580 with a ship full of spices and Spanish treasure. As an investor, Richard received a share of this rich cargo. Perhaps he used it to pay for Lauderdale House?

To Richard and Dorcas, the new house was an investment rather than a home. The couple already owned other grand houses in the City of London and in Tottenham. They probably never lived here, though it was home to their son, also a goldsmith named Richard.

Top image: Drawing of Lauderdale House as it may have looked when first built in 1582
Left image: Medals showing Richard and Dorcas Martin, the British Museum