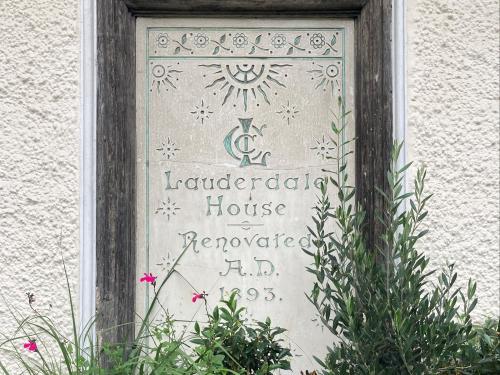 When Lauderdale House was first built in 1582 our front door was in a different place. Though it’s no longer used, you can still see the original door frame from outside. It stands a little over halfway down the side of the house that faces the garden.

The oak frame hasn’t changed in over 400 years, but the doorway was filled in in 1893. Three years earlier the building’s last private owner, Sir Sydney Waterlow, gave his Fairseat Estate, which included Lauderdale House, and its grounds to London County Council. It was in such a bad state the council wanted to pull it down.

Lauderdale House was only saved after members of the Society for the Protection of Ancient Buildings came here and recommended its repair. A plaque in the old doorway commemorates this Victorian renovation.