This event has been postponed from
Tuesday 26 April to
Tuesday 7 June.

Commemorating Gallipoli: Art, Music and Stories from the Frontline is an evening devised by Nick Peacey and Stephen Hose for The Gallipoli Music Memorial 2015.

Throughout history there have been times and places when great and creative minds have come together, as if by accident, to give birth to new ideas, artistic masterpieces and great music and poetry. Unlikely as it may seem, one such place was Gallipoli.

This evening is a celebration of the talent and lives of some of those exceptional artists, composers and writers who were thrown together on the frontline at Gallipoli in Spring 1915 of the Great War, and of the stories of those who fought alongside them, together with a fascinating account of the evacuation of Helles.

Not only were familiar names like the poet Rupert Brooke and writer AP Herbert sent there on active service, but also lesser known creatives, such as William Denis Browne, FS Kelly and Henri Valensi, whose music and art still inspires and whom we will feature this evening.

Pianist Stephen Hose, actress and singer Alison Guill and historian Peter Hart join forces to reveal some of the wealth of talent and drama of the campaign.

For information on The Gallipoli Music Memorial 2015 click here.

This is a hybrid event - both in-person and Zoom tickets are available.

Death and heroism at the 3rd Battle of Krithia: A great big Lauderdale House coincidence
William Denis Browne, Nick’s great-uncle, & Fred Stear, Katherine’s great-grandfather, were within a few hundred yards of each other when they charged the Turkish trenches at 12 noon on the 4th of June, 1915. William died; Fred won the Conspicuous Gallantry Medal (second only to the Victoria Cross).

Two songs by F.S.Kelly
Weep you no more, sad fountains; It is not dawn till you awake
Alison Guill/Stephen Hose

The Evacuation of Helles
Peter Hart

A remarkable friendship: Udai Singh and the general
Alison Guill

Peter Hart was the Oral Historian at the IWM Sound Archive for almost 40 years where he was responsible for interviewing hundreds - if not thousands - of veterans. He has written several books on both World Wars, appeared in numerous television documentaries, and is an experienced Gallipoli tour guide for both civilian and army groups. He has a weekly podcast with his chum Gary Bain entitled Pete and Gary's Military History. .

Alison Guill trained at the Royal Academy of Music where she was awarded a First Class Honours degree in classical singing and a PGDipRAM for musical theatre. Throughout her career, she has repeatedly crossed these genres singing roles such as Violetta (La Traviata) and Fiordiligi (Cosi fan Tutte), performing with Opera Holland Park and Opera North, treading the boards in the West End covering Carlotta (Phantom of the Opera) and touring the UK with Sound of Music and the European Premiere of Light in the Piazza. Alongside performing, Alison has a keen love of nurturing younger talent and is currently on the faculty at London Studio Centre and the Royal Academy of Music as well as maintaining a busy private studio.

The Gallipoli Music Memorial 2015 was set up to celebrate the lives and talents not only of familiar names like the poet Rupert Brooke but also composers such as Willian Denis Browne.

William Denis Browne grew up in Royal Leamington Spa and attended Rugby School. He went to Clare College, Cambridge to read classics, but became increasingly well-known as a pianist and organist. Edward Dent described him as the "cleverest of the Cambridge musicians". Browne joined Rupert Brooke and others in many productions and concerts.

After Cambridge, he freelanced as performer, reviewer, conductor and composer and studied with Busoni in Berlin. His wide musical interests included Elizabethan 'songs' as well as the latest European and Russian work, such as Stravinsky’s ‘The Rite of Spring’.  Browne’s 'Magnificat' and 'Nunc Dimittis' were sung in Westminster Cathedral on Palm Sunday, 1914. He gave the premiere of Berg’s First Piano Sonata in May that year.

When war broke out Browne served with the Royal Naval Division (RND) at the unsuccessful defence of Antwerp. In February 1915, the Division left Blandford Camp for Gallipoli. When Rupert Brooke died of septicaemia from a mosquito bite just before the landings took place, Browne was sitting with him and wrote a well-known account of his death and burial. Browne himself was killed less than two months later at the Third Battle of Krithia on 4th June 1915. Trevor Hold, the composer and author, made this judgement of Browne’s legacy: "The handful of songs that he wrote in his brief career is worth all the outpourings of lesser songwriters".

F.S. Kelly was born to a wealthy family in Sydney, Australia. He first achieved distinction in rowing. He won the Diamond Sculls three times and gold in the men’s eights at the London Olympics in 1908. After a successful musical career at Oxford, he studied in Frankfurt and gave recitals in Europe and Australia while developing his skills as a composer.

Kelly joined the Royal Naval Division in 1914, worked with Denis Browne on improving the Hood Battalion band at Blandford Forum, then travelled out to Gallipoli with Browne and his friends.

Kelly was wounded twice at Gallipoli and won the Distinguished Service Cross. He was killed fighting at the Somme in 1916. Jelly D’Aranyi, violinist, played the sonata he wrote for her at his memorial service.

Alan Herbert started writing for the humorous magazine Punch while completing a law degree at Oxford.

He joined the RND immediately after the outbreak of war in 1914. His battalion went to Gallipoli in May 1915. On the 4th June 1915 they were in the reserve but very soon needed to challenge the fierce Ottoman counter attacks.  At Gallipoli Herbert was mentioned in dispatches and wrote many poems.

He later drew on his war experiences for a remarkable novel The Secret Battle about an officer who was shot in France for cowardice. He also wrote WWI’s most famous insulting poem about a general.

He became a member of parliament for Oxford University in 1935 and was knighted in 1945 for his successful parliamentary campaigns, backed with satirical writings, against outdated divorce, licensing and other laws.

He continued working as a writer and campaigner for many years, achieving some fame when his Misleading Cases TV series, highlighting his many books on daft parts of the English law, was broadcast in 1968.

Henry Valensi started painting the landscapes of his native Algeria at an early age. His family moved to Paris in 1899 and encouraged his passion for the arts. By 1908 Valensi was exhibiting at the Salon des Independants and was increasingly associated with the most dynamic and progressive artists of pre-WW1 Paris. In 1912 he joined Metzinger, Duchamp, Picabia and others in creating the successful Salon de la Selection d’Or, the Exhibition of the Golden Section.

Soon after the outbreak of war Valensi volunteered to become a war artist. He was for several months an artist to General Gouraud, the French commander in the Dardanelles (Gallipoli) campaign in 1915. Many of his paintings of that period were purchased by the French government.

After the war, he renewed his remarkable career as a visionary and prolific artist and became well known in the 1930s for his leading role in the launch of le Musicalisme, a movement in largely abstract art which generated stunning images in many media, including textiles and painted films, within the metaphor of art as music: "painting to listen to".

Valensi, whose family was Jewish, became a refugee in Algeria during the second world war. Throughout that time and almost up to his death in 1960, he continued experimenting with Musicalisme, while maintaining a steady output as a historian of western art. La Symphonie Printaniere, his major film work of ‘cinepeinture’, was completed in 1959. 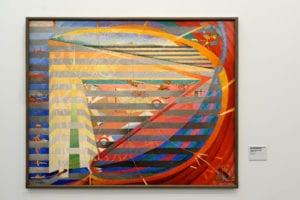 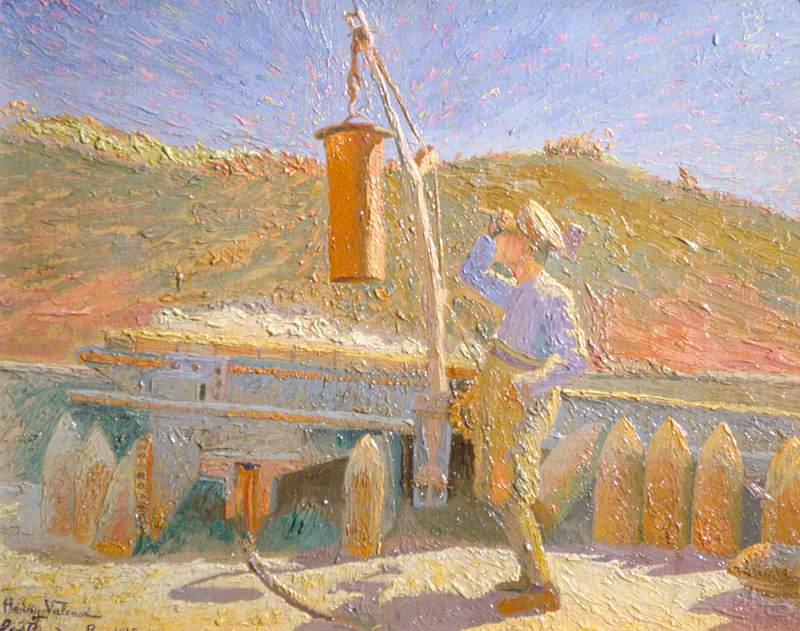 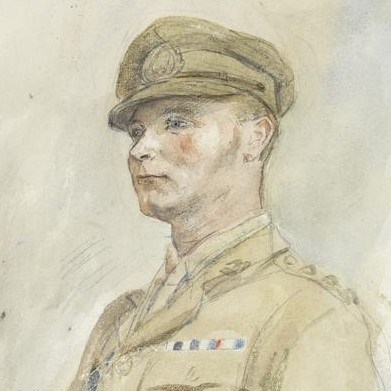