Overview
The Performers
This event is in the past. It was held on the 3rd April 2020.

This event has been cancelled

Koichiro Honda has started to make inroads into the world of piano recitals and orchestral concerts and is fast gaining a reputation for pianistic excellence. His eclectic choice of pieces reflects his enquiring musical curiosity.  His programmes always include unusual items that educate and arouse interest.

In this recital he will be supported by Duo Serenata (Paul Ellis-Howe & Brian Benedict) who will perform Beethoven and Debussy.

Koichiro (Kou) is a former member of Serenata, performing with the Ensemble on many occasions as soloist and chamber musician.  We are privileged that he has chosen to perform his only London concert this year at Lauderdale House (his favourite London venue) under the auspices of Serenata.

The Serenata group are delighted to have the opportunity to work with Koichiro again and proud to be sponsors of this evening’s recital in this beautiful, historic house.

Seating for this event is limited. Please book in advance. Some tickets may be available at the door.

After a long and distinguished career as a recitalist and soloist with orchestras worldwide, Brian Benedict has dedicated the last few years to the study and performance of Art Song and Chamber Music, performing at notable venues both in the UK and throughout Europe. He marked his eightieth birthday in 2018 with recordings of Brahms 3 Intermezzi Op. 117 and Liszt's complete Consolations. He is a founder member and Chef-de-Chant of L'Opéra de Chambre de France en Résidence à Menton.

Paul Ellis-Howe was born in the lively Bow Quarter of East London. He holds a BEd degree and is a graduate of Trinity College London where he studied with the pianist and harpsichordist Valda Aveling and the conductor Meredith Davies. Recent concert appearances include a performance of the Dussek Concerto for Two Pianos with the Orchestre des Jeunes d'Auxerre in August this year. He is currently planning series of concerts and recordings of the complete Mozart Piano Sonatas.

Duo Serenata was formed last year and is a natural culmination of several years of collaboration between Brian and Paul in their work with 'Serenata', the North London based group of singers and pianists.

Born in Kagoshima, Japan, Tokyo-based pianist Koichiro Honda began to play the piano at the age of seventeen. He quickly excelled, obtaining numerous prizes which enabled him to participate in the 64th Concert for Young Musicians in Tokyo.

He subsequently moved to Spain to work under the tutelage of renowned pianist Professor Juan José Pérez Torrecillas at the Granada Conservatoire. Whilst in Spain he embarked on his career as a solo and chamber pianist, giving many concerts and playing with leading orchestras in Spain and throughout Europe. He was awarded First Prize at the Barcelona International Festival and Second Prize in the International Spanish Piano Competition.

He later transferred to London, where he began to work with the legendary Maria Curcio. He participated in many competitions, gaining accolades and excellent reviews. Koichiro collaborated with the Serenata International Group on many occasions, play solos and duets and accompanying singers.

On returning to Japan he used the many experiences gained in Europe to teach at a prestigious musical university. He runs a music school to help talented young musicians to take the ABRSM examinations without the need for an interpreter. 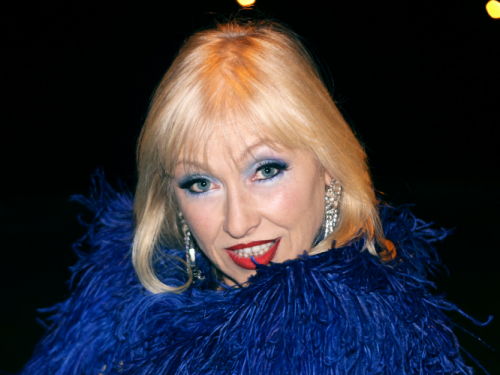 Thursday 29 July
Tina May is one of the UK’s most respected jazz vocalists with 25 albums as leader. Her recent album, '52nd Street and Other Tales', was released in lockdown and has garnered 5 star reviews.
See more 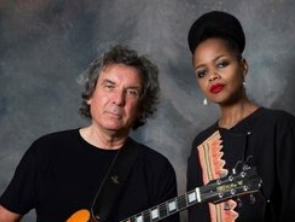 Thursday 15 July
To celebrate a return to Live Music, we are welcoming John Etheridge and his ‘Blue Spirits ‘ back to Lauderdale House with a special guest appearance by the wonderful Vimala Rowe.
See more 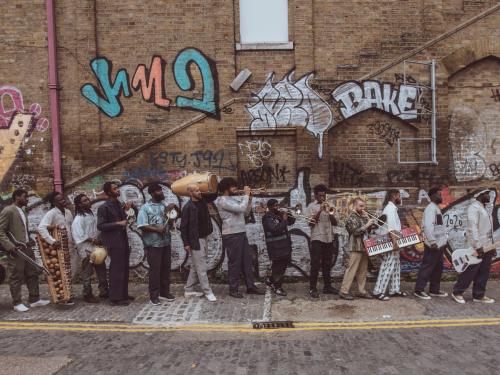 Thursday 24 June
Balimaya Project was formed in 2019 by percussionist Yahael Camara Onono, a second generation Londoner whose rich West African musical heritage, coupled with his musical experiences in the UK, inspired him to bridge the gap between the diaspora and West Africa.
See more