Overview
About the Creators & Performers
What You Need To Know
This event is in the past. It ran from 31st August 2020 to 10th September 2020.

Recommended for over 16s only. Some sexual references.

What better way to spend an evening, than enjoying a play on our Tea Lawn!

Emma is trying to host a BBQ, but her plans for a sophisticated evening are rudely interrupted by her husband’s surprise revelation. When Emma discovers the truth about her husband they have no choice but to begin a domestic dispute moments before their guests arrive. As the evening progresses, both bring to the surface all of the things that, in polite company, should probably be left unsaid.

Bring a blanket or chair and sit back to enjoy an evening of some lighthearted fun!

Don't fancy queuing up for your snacks and drinks? You can now pre-order drinks and a picnic for collection on the night. Please note that food is only available to pre-order for the Thurday evening performances. When buying your tickets online simply add your selection to your basket before checkout and we'll have it ready for you.

About the Creators & Performers

Elif Knight is an award winning actress and director. Elif won the 2003 Evening Standard Theatre award in a joint award for emerging talent and was awarded it by Sir Richard Attenborough.

Her recent directing credits include Grounds For Concern at Croke Park Stadium as part of the Dublin Fringe Festival; an adaptation of HG Wells' The Crystal Egg at the Vaults in London; and Dreaming Of Chekhov at the Union Theatre.

Elif’s most recent TV credits as an actress include Gangs Of London (HBO /SkyAtlantic) and Aladdin, (Disney), Their War film and Jesus- His Life, TV show (History Channel). Elif continues to work on her craft with the prestigious Jack Waltzer from the Actor's studio who also made Elif his assistant to train actors in London and worldwide.

Andrew Crook has written for and had his pieces performed at: The Canal Cafe Theatre; Union Theatre; Southwark Theatre and Chesil Theatre. He was one of the winners for the 10x10 2018 new writing festival for the Chesil Theatre and his play was staged at the Ink Festival in 2019. His pieces have also been shortlisted for Channel 4, BBC, Little Pieces of Gold, Blue Cat, Film London and Screen Writing Goldtime.

Originally a stage and screen actress, Rebekah fully broke into her producing career after a successful tour of her original play Why Not Us?, funded by Arts Council England.

In 2018 she produced her West End debut, Lonely Planet at Trafalgar Studios as well as a multimedia adaptation of H.G Wells’ War of the Worlds, The Crystal Egg Live, at The Vaults Theatre. Over the last year Rebekah has been working with Iranian documentary and film makers at Manoto TV. Most recently, Aryamehr, a three part documentary series about the last Shah of Iran. She is currently in preproduction for two indie film projects to be filmed later this year.

Jason has worked for over 25 years as an artist and designer in theatre, film and television, as
well as on large public installations. Most recent credits include ads for amazon and Cafepod
running on ITV, in addition to Public engagement projects with the Welcome and Princes
Trust. Alongside this, Jason is often asked to look at projects where productions have come
up against budget, practical and aesthetic stumbling blocks, and he thrives on the challenge of
enabling these to happen. Jason is currently working on a range of Independent Feature
Films, TV commercials, large art installations, and mobile public engagement projects.

Vincent trained at Arts Ed before meeting his long-time coach Jack Waltzer. Vincent Miller is the founder and former Artistic Director of the multi-award winning Red Stitch Actors Theatre based in Melbourne, Australia. He was awarded the prestigious Kenneth Myer medallion for contribution to the arts. As an actor, he has played a variety of roles from Howie Lee in Howie The Rookie, to Angel Cruz in Jesus Hopped the A Train. He also played Gino in the West End production of Oh, What a Night, Dir Kim Gavin.

Danielle’s a regular at various London improv jams and honed her acting skills at The Actors Temple and MN Academy. Danielle Scott has appeared in theatre and film. Her credits include  in the award nominated and critically acclaimed comedy A Slice of Eel Pie playing Detective Gold. Danielle has also featured in many short films, most recently Jupiter’s Plum due for release in late 2020.

What You Need To Know

Every audience member will have their temperature checked on arrival. Anyone with a high temperature will not be admitted along with anyone in their household or 'bubble'. Unfortunately we are unable to offer refunds in this situation.

Food and Drink
The cafe/bar will be open selling food and drinks before the performance starts. You can now pre-order drinks and a picnic for collection on the night. When buying your tickets online simply add your selection to your basket before checkout and we'll have it ready for you. Note that hot drinks cannot be pre-ordered but will be available from the bar. You are also welcome to bring your own picnic to enjoy on the Tea Lawn as you watch the performance. 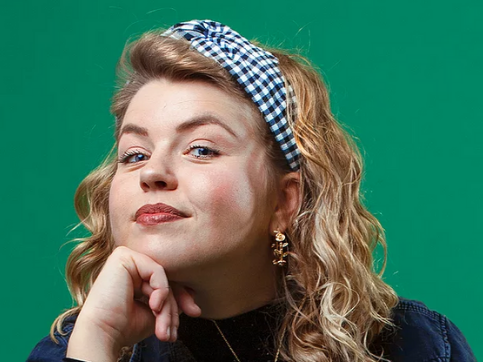 Thursday 25 August
Lauderdale’s resident cabaret artiste, Tim McArthur, will lead you in a gallop through all your favourite songs from a great selection of iconic shows along with the wonderful Abigail Carter-Simpson and MD Aaron Clingham.
See more