Our Downlands are rich in history—’global’, ‘local’ and ‘natural’.  They invite reverie.

The Druids were clearly astounded by the order they saw in ‘the heavens’ - contrasting  with their own disorderly and unpredictable world. Was there ‘another reality’ and might it interact with ‘ours’? Just how and when religious communities arose remains unclear, but it is certain that by the end of the first millennium ‘a great white mantle’ of churches had spread across Europe. A measure of cohesion had been established—this where totemistic and often savage practices lingered.

Biblical histories became known. Raiders came and went; cult raged against cult. Mythologies abounded and a few folk even knew something of the Greek pantheon, Later, others sought ‘the truth’ in various occult ‘sciences’ - astrology, alchemy, numerology etc.  The sophisticated saw themselves as metaphysicians—followers of Aristotle. All this thinking played a part in the way landscape was seen and managed. But, as late as the 18th century, Wordsworth would ask: -

‘Think you mid all this mighty sum

That nothing of itself will come

But we must still be seeking?’

While rhetorical, these lines clearly suggest a prevailing scepticism! However, for some, the Idea of trying to understand their surroundings as if  no more than hills and dales etc, (promoting pleasant pictures) must have seemed far too limiting. In fact, Henry Fuseli (1741-1825) went so far as to accuse all landscape painters (from Titian to Wilson!) of ’Tame Delineation’ !Thus, while trying to avoid going right over the top, we here echo ‘The Futurist Manifesto’ :-

We will not try too hard to separate what we ‘see’ from what we ‘know’, ‘imagine’, ‘remember’ or ‘dream’! We will see these matters as interconnected—and perhaps ‘inseparable’. It was the awareness of a certain ‘wholeness’ that haunted our forefathers and it is their bones that still lie buried in tumuli and barrows across our hills—awaiting their great wakening.

My wife and I have spent countless hours walking the downs and woodlands near our Wiltshire home, seeking and recording flora and fauna. Apart from those records we are left with a store of unbidden images. They sit ill with mere topography and (for my part) will not  go away.

Pastorals will be on display at Lauderdale House’s Upper Gallery during gallery opening times from 4th February 2020 until 2nd March 2020.

The gallery is open:

The gallery may also be open on select Fridays and Saturdays depending on our schedule of events. Please call 020 8348 8716 to check Friday and Saturday opening times. 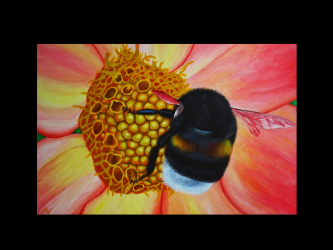 Inner Landscapes - the beauty that insects thrive on 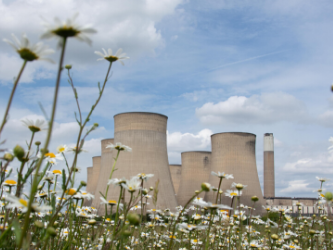 FEBRUARY EXHIBITION: The Royal Photographic Society is back at Lauderdale House for it's annual exhibition. The exhibition is made up of one image from each of the fifty eight members of the RPS Lo