Overview
What You Need To Know
More About The Performers

Welcome to Fridays Unlocked! We're so excited to be back with an amazing series of live outdoor performances on the beautiful Tea Lawn at the back of the House.

Tonight’s Classical evening is presented by The Unlocked Trio, brought together by the strangeness of Lockdown, and features two of our resident musicians, pianist Stephen Hose and violinist Thomas Leate, who are joined by cellist Molly Carter. Thanks to our sponsors, Markson Pianos, we are able to use the Steinway Grand Piano for this very special outdoor show.

They will be performing:

Come rain or shine we'll be there to entertain you! Make sure you bring attire for all weathers! It's going to be a lot of fun!

Don't fancy queuing up for your snacks and drinks? You can now pre-order drinks and a picnic for collection on the night. When buying your tickets online simply add your selection to your basket before checkout and we'll have it ready for you.

Every audience member will have their temperature checked on arrival. Anyone with a high temperature will not be admitted along with anyone in their household or 'bubble'. Unfortunately we are unable to offer refunds.

Food and Drink
The cafe/bar will be open selling food and drinks before the performance starts.

You can now pre-order drinks and a picnic for collection on the night. When buying your tickets online simply add your selection to your basket before checkout and we'll have it ready for you.

Note that hot drinks cannot be pre-ordered but will be available from the bar.

Stephen is Lauderdale House's 'pianist-in-residence' performing monthly lunchtime concerts He trained at the Royal Academy of Music where he held a Vaughan Williams scholarship, and has worked extensively as a Musical Director, conductor and pianist in London and regional theatre.  He has played at most of the London concert halls and has performed in France and Germany.

Projects abroad have ranged from the English Theater of Frankfurt to The Lost Colony at the 2,000 seat outdoor theatre on Roanoke Island, USA.  TV work has included being the pianist on Channel 4 ‘s Titanic, The Mission,  accompanist for The Choir, and 5 years as Musical Associate/Director for TV productions of Christmas Glory.  He was Chorus Master for Jessye Norman’s Ellington’s Sacred Songs at the Barbican Theatre and Epidavros, Greece.

His work as Music Director for OperaUK has included Barber of Seville, Cosi fan Tutte, La Traviata, the Merry Widow, Olé and El Amore Brujo.  For Merry Opera work includes La Traviata, The Magic Flute, Kiss Me, Figaro!, The Barber of Seville and La Belle Hélène (aka Troy Boy).  He has also conducted over 50 performances of their unique staged Messiah.

Since graduating from the Royal College of Music, Thomas has enjoyed an exciting and varied performance career. He has played with distinguished orchestras such as the Scottish Chamber Orchestra, Royal Northern Sinfonia and Academy of St. Martin-in-the-Fields. As a soloist and chamber musician, Thomas has toured throughout the UK, Europe and China. as part of the Billroth Quartet he was a 'musician-in-residence' at Lauderdale House for several years.  In his spare time he enjoys training at the gym and driving his car ‘con anima!’

Since graduating from the University of Sheffield and then studying for an MMus at the RNCM, Molly went on to pursue a teaching career. Initially working for several music services in the UK, Molly went on to become full time Cello Teacher at The British School Al Khubairat in Abu Dhabi, UAE. During her 6 years there she was appointed Head of Strings, and performed frequently with the UAE National Symphony Orchestra. Molly joined Stringers London as Manager of the Cello Department in August 2019. In her spare time Molly enjoys spending time with family and friends, singing with The Chanterelles choir and escaping to the countryside for hiking and fresh air! 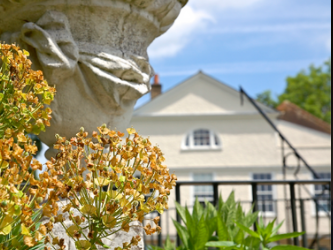 Fridays Unlocked: Songs from the Shows 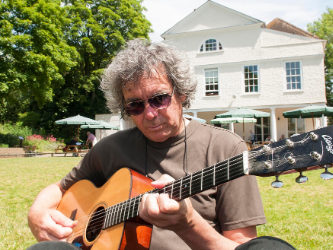 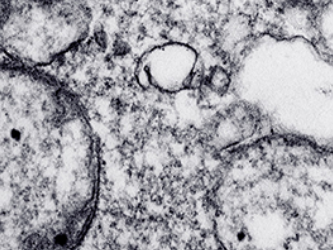