An exhibition of photographs by Stephen Taylor on the theme of cycling to the end of the road.

Stephen is a cyclist as well as a photographer. For this project he combined his interests to explore the route from London, a busy city, eastward through the hinterland of the suburbs, out into the Essex countryside and finally to where the road turns into a gravel track and then ends at St Peter’s Chapel, Bradwell on Sea, on the edge of the sea.

"As a cyclist I have always been fascinated by roads. I have been attracted to their potential - where they start and where they could take me - so I thought I would use my photography to explore this journey. I have lived in London for many years and very early on I learned how to escape, to find the roads out through the suburbs where eventually the housing would fall away, and fields and woodland would take their place. Then I became interested in the idea of continuing as far as the road could take me - until it petered out and became no more."

Stephen is a self-taught photographer. He uses it to explore, understand and relate to the world around him. His photographs have appeared at the Lauderdale House annual photographic exhibition as well as the RPS London Region members’ exhibition. He has also had a one-person exhibition in 2017 in Weymouth, Dorset on the old tramway that used to run through the center of the town.

The Stephen Taylor Exhibition will be on display in Lauderdale House’s Upper Gallery during gallery opening times from 8th January 2020 until 3rd February 2020.

The gallery is open:

The gallery may also be open on select Thursdays, Fridays and weekends depending on our schedule of events. Please call 020 8348 8716 to check Thursday, Friday and weekend opening times. 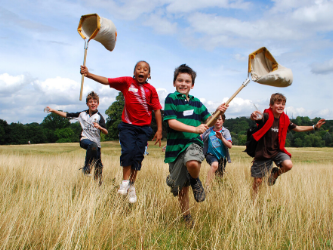 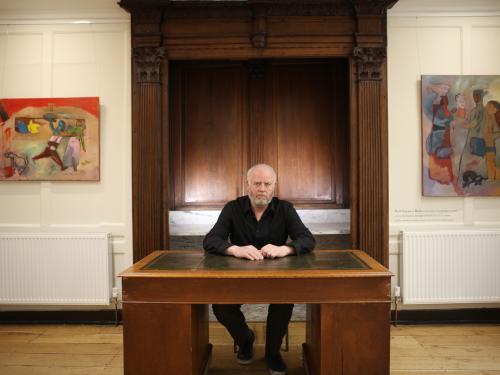 'The Lost Spring' by Peter Gallagher

Open 24/7 online
The first in our series of lockdown exhibitions.
See more 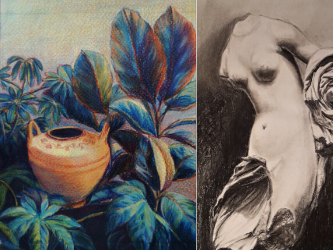